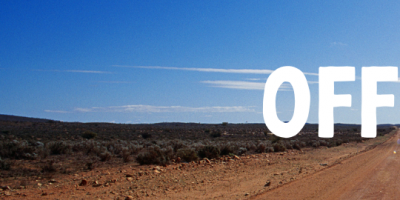 If we didn’t have social media, internet and all the bloody resources we get these days… you wouldn’t be talking to me right now. That’s true, but let’s not take all these things the wrong way, or else we’d just fuck things up

It’s been a great Summer. I’ve travelled more than ever, soon some vídeos
to come with my new adventures, except for sex adventures (fuck off), and I have had Old School fun… as any biker should have

Been to great cities in Iberia, but I have also enjoyed countryside life, spending time in a house made of stone, parking the bike outside most of the time just to walk around, chopping wood, drinking beer, eating local beef and smoking weed… and actually forgetting there’s something called internet

As we all usually do, I kept an eye on the social media, I used Google maps… but truly, using technology when needed only. I was not hooked to a bloody screen all the time, and oh gosh, that shit feels so nice!

I still remember a time when walking shirtless in Summer was normal, a time when dad used to let me drive his 4×4 on mountain rides when I was only twelve, a time when complying with the law was simply having common sense

We are living the posers’ times now. Pretending who you are. Many guys get a touring bike with metal panniers just to tell me I shouldn’t travel on my ride. That I should not carry my stuff on a roll pack tied to the back fender, that I can never make it too far…

And it’s them who cannot leave the security of their homes while I ride this world my own fucking way. I try to take after Ted Simon, Elspeth Beard and anyone who made me dream as a kid and as an adult

I’m told I should write in a certain way, that I should take the pictures or make my videos differently… and I say that if what you read or see from MotoBoar is not me, I’d be lying to you

See you on the Road