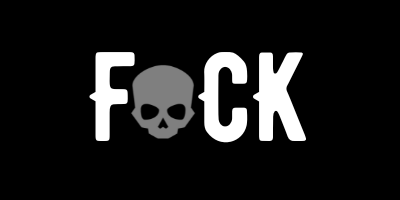 The 2018 Africa Twin is an impressive bike as it’s massive. The colour scheme of the one I had the chance to ride was the 30th anniversary, which looked exactly like the original bike.

Technologically speaking is like a spaceship, traction control, suspension control, ABS, riding modes, heated grips and much more technology than I can really handle.

But the feature that intimidates the most is the 900mm seat height, making it unbearable for many riders. I comfortably reached the floor with both feet, but I couldn’t locate them flat, which can really make things difficult is something gets nasty.

I also tested the MotoBoar Hoo+Die which will soon be available in our online store. Full protection having the same interior as a cordura jacket with full body impact protectors, plus Kevlar linen hidden inside the jacket to protect against the asphalt abrasion.

The bike is as smooth as you can expect from a top quality Honda, once sitting on it the luminescent and modern console informs you about all the stuff you need to know, which for me was only speed and gear, but other riders who cope better with that will find incredibly good.

I only rode it on Touring mode, which was powerful enough even for a sporty ride. We headed to the mountain, because I wasn’t alone. A friend of mine, who was actually the one who invited me to this opportunity. We had great fun!

While he was riding the automatic version, I was manually changing gears, and according to his point of view, it was sometimes hard to control the gearing without literally activating them. You have the possibility to change gears on a button on the handlebar, but do we really want to do so? Well… I don’t.

It really surprised me the cornering capacity of this bike, it seems like the leaning angle is endless, at least when you first ride the bike and it feels new and you’re not accustomed to it.

However; changing direction in a fast way is not so nimble, as the 21 inch front wheel makes things a bit harder for that. But that is probably its best feature when riding off road.

The Hoo+Die was so comfortable during the ride I didn’t have the impression of wearing any technical clothing at all. It really helped to get in control of the bike.

I can’t really say I really took the bike off road, but I did ride a bit of dusty road and some slopes, and I obviously took the pictures there!

The overall behaviour was impressive, for a bike that big and that heavy it really went well on the dirt. Forget about enduro riding, but it’s still good enough. I rode some harder terrain going up over rocks and loose stones and the bike simply behaved as if nothing was happening.

The position is great even when standing, but I must say the handlebars were too low for me. I noticed that sitting on the road and off road too, but when standing up it was even clearer that according to my size I’d prefer higher bars. Not a big problem as a handlebar can easily be raised.

The great mobility provided by the Hoo+Die helped to move on the bike and feel ready for any stone or bump I was to find on my way. Once again it’s great for comfort, but on the dirt track it proved to be fantastic for sport practice.

As an adventure bike this one is simply awesome. Comfortable, roomy, powerful, easy to handle and it mounts a 24 litre tank, that means more than 500 km a tank. You don’t have to stop in hours!

That means that the true adventure riding experience is still intact from the original Africa Twin, and that this bike can take you around the world under any weather conditions in types of roads.

With Honda reliability this bike is literally what it promises, unlike other more road friendly versions in the niche. It’s a machine for the long haul.

The bike is amazing, but to be honest it didn’t quite impressed me as other same category bikes have. Say, for instance, the KTM Adventure, which I also tested, and the difference is huge, and so is the Ducati Multistrada.

The Honda is a bit more tamed, you don’t have the abrupt power delivery the others offer, but that’s probably its biggest asset off road, as the bike can really be ridden on dirt. The KTM seemed a good bike for that too (although I didn’t take it off road) and I can tell you the Multistrada is purely for roads, at least the one I rode (I’ve never ridden the enduro version).

Anyway, anything which can put a smile on my face is worth riding!